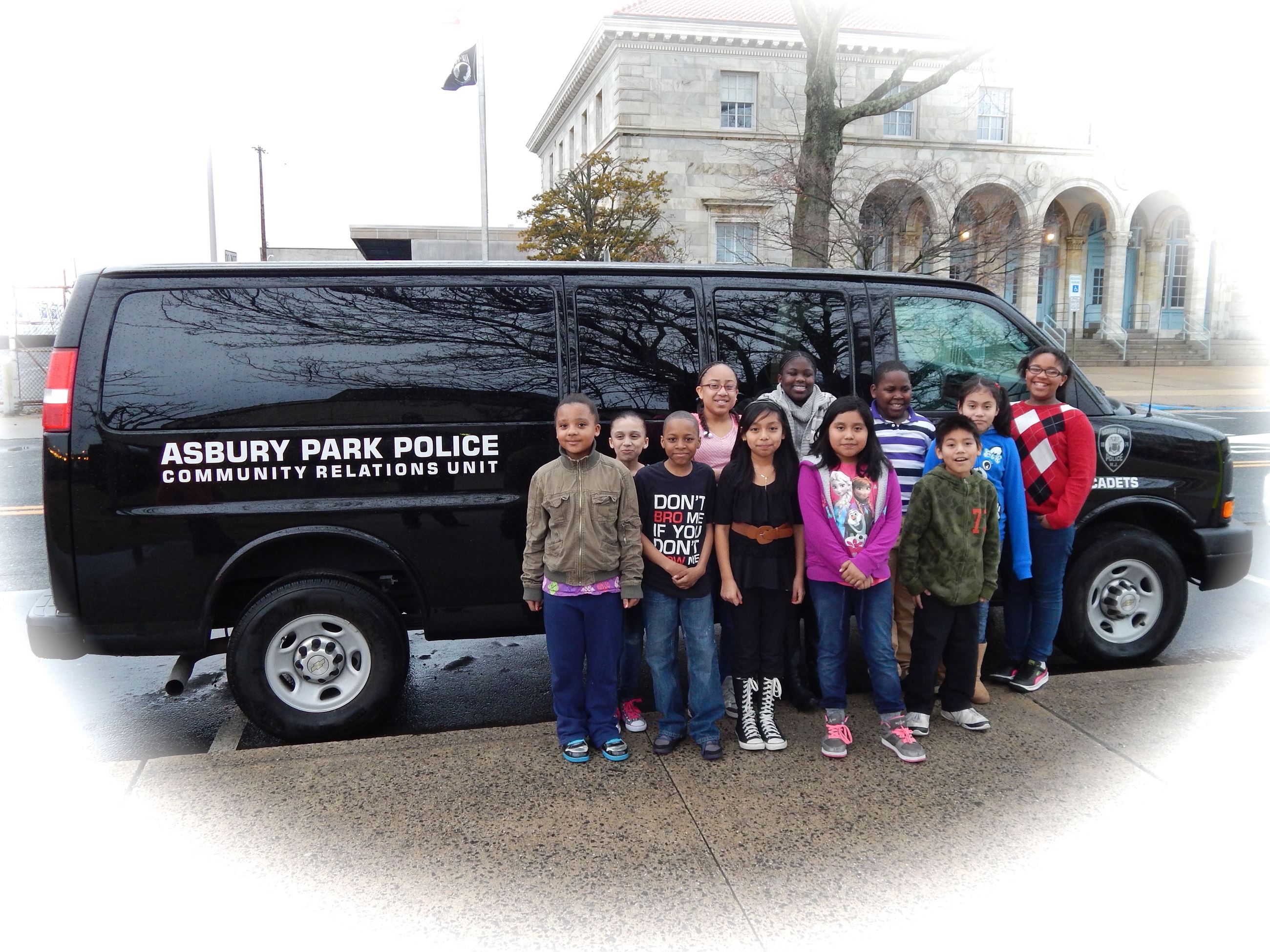 The youth in the photos on this page participate in the Asbury Park Police Cadet Program. They are between 10 to 12 years of age and are from the Asbury Park area. They have shown a commitment to the community and to the school, as they were a part of the Safety Patrol Program for their respective schools, during the 2014 to 2015 calendar year.

The youth will be exposed to a multitude of new and different experiences and they will be shown the appropriate social skills for each environment they encounter. We foresee this group of Cadets as being the Youth Ambassadors for the city of Asbury Park, as they will be actively participating in many of the City’s events.

The program has received a great deal of support from Acting Chief Anthony Salerno and many members of the Asbury Park City Council.